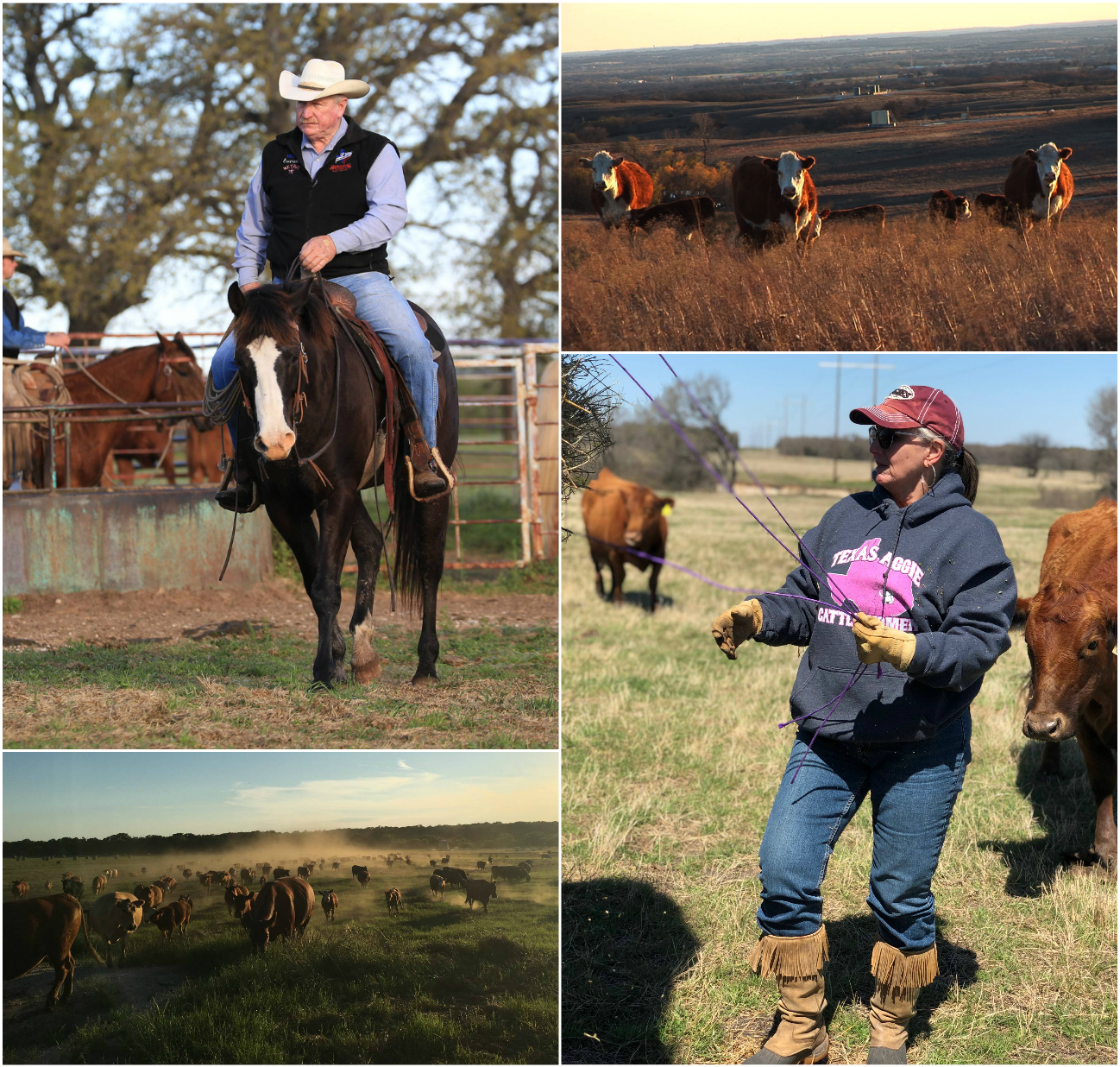 Describing Ron and Debbie Gill of College Station as a Texas beef “power couple” would be a fair assessment, and actually an understatement. Not only do this husband-wife team own and manage Gill Cattle Company, a 3000-acre ranch sprawling through North Central Texas, but are also highly active in teaching, advocacy, and leadership within the agricultural community, state-wide and beyond.

Ron, a 4th generation rancher, and Debbie purchased the base herd for Gill Cattle Company from Ron’s father in 1989 and relocated from the semi-arid landscape of New Mexico to a similar climate in around Decatur and Weatherford, Texas in 1995. The ranch is a commercial cow-calf and yearling operation (about 250 mother cows) that strives to balance the demands for quality beef with environmentally adapted cattle. They also run a small hay operation on the side.

Ron has a lifetime of hands-on cattle experience but also studied animal agriculture at Angelo State University where he received his B.S, and M.S. and went on to Texas A&M earn a Ph.D. in 1984.  In addition to working the ranch about 30 hours a week, Ron has been employed as a Professor and Extension Livestock Specialist for Texas A&M Agrilife Extension Service full time for the past 35 years where he is an expert in animal well-being and low-stress livestock handling. He also teaches courses for producers at schools all over the country in Cattle Handling and Stockmanship.

Debbie’s agricultural training has been more on-the-job and on an as-needed basis. “I did not grow up in agriculture,” explains Debbie, who hails from the Dallas area. “I spent most of my adult life on the fringes of it until I met and married Ron.” Obviously, a quick study who loves what she does, Debbie has supported the beef community in numerous capacities, including doing what needed to be done on their own ranch to, most recently, serving as the current Texas CattleWomen President and ANCW Region IV Director.

The couple mentions that one of the hardest aspects of life in the agricultural community is “balancing all of the workload with a need for a personal life outside of agriculture and spending time with family.” However, the couple, parents to two now-adult children (and grandparents to four), have made it all blend together seamlessly.

“Over the years, we have a lot of fun just working the ranch as a family,” Ron mentions, “and I have to chuckle at some of the comments I hear from my daughter or Debbie after a road trip.  Things like, “‘thanks for making me THAT person on road trips who says “man, those cows look good” or “dang, those cows need some grass” as we pass cattle grazing.

Read on to learn more interesting details about this awesome family in the Texas beef community and beyond.

Most Rewarding Aspect of Ranch Life (Ron): Knowing you are responsible for the natural resources under your care and knowing you are improving those resources through your cattle management.

Most Rewarding Aspect of Ranch Life (Debbie): Being able to share the benefits of beef in a healthy diet with people not involved in agriculture to help promote the industry.